Russia is walking towards a new revolution 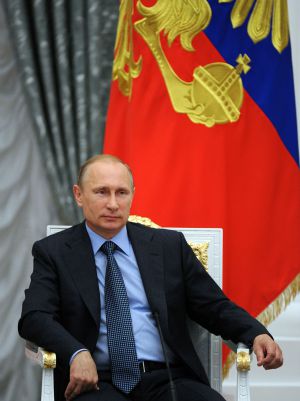 It’s been nine years since the day we left Russia. At that time, when we began our struggle against Putin’s dictatorship, very few people understood what was really happening, as Putin became a dictator and his State became the largest system of corruption in the world. Today we can see the bitter fruits of this dictatorship: the bloody wars in Ukraine, Georgia, Syria, the growing poverty in Russia itself and in its satellites, such as Venezuela and Syria. The standard of living in Russia has been falling for four years in a row. At the same time, military and state security expenditures are increasing, which are comparable with US and Chinese expenditures, although Russia’s economy is very weak compared to world powers and continues to lose its value. In the past year the Russian economy had the value of only 1.7% of the world economy. Five years ago this percentage was 2.3%. Today, the Russian economy is fifteen times less than the United States economy and 10 times less than China’s economy. To deceive public opinion, the dictatorship uses all means of communication to wash brains. They told people that all the problems came from the numerous external and internal enemies. To confirm this idea, the wars in Ukraine, Georgia and Syria were unleashed. In that moment, this strategy worked very well, copying the strategy of Hitler in the fascist Germany. But little by little the whole farce of Putin’s system is being discovered. Through the internet, the truth for the Russian people arises. New-generation opponents, especially their leader Alekséi Navalny, created their own internet media, which are independent from the State.

You may be interested in reading my article “Oleg Navlny” Hostage of the Dictatorship “by clicking on the image below:

Every year more and more people in Russia use the internet as the main source of information. The web site www.navalny.com became the voice for the citizen protest. There, every day comes information from the struggle against dictatorship. Alekséi Navalny managed to form a very efficient team, which investigates the crimes of the dictatorship. The most painful and important issue is corruption. The corruption of Putin’s system exceeded all limits. While the majority of the population has an income of about $5 per day, and lives in extreme poverty, officials have such a luxurious life that even kings and the world’s greatest entrepreneurs envies them.

Alekséi Navalny created “The center of investigations against corruption“. This center has made several documentary films about the corrupt Putin’s closest officials, as the Defense Minister, Attorney General, General Prosecutor and many others. Last month the documentary “O вам не Димон” was released about Dmitry Medvedev , Putin’s prime minister and his right hand. There it shows the luxurious life of the official and discovers the scheme of corruption that feeds this life. Its “humanitarian” funds, only in the last 5 years, received bribes of more than two thousand million dollars and with this money were constructed six luxurious palaces in different parts of Russia; Yachts, private airplanes and other attributes of luxury were bought.

This official has more than five thousand employees in a constant disposition, from servants and gardeners to dance teachers. All of this people work only to satisfy the prime minister in their daily needs apart from his labor affairs. The luxurious life of Dmitry Medvedev is not exceptional, is quite the opposite, it is a new normality, which have the officials who serve for the dictatorship. Their boss Putin, has a personal life, still more luxurious. The ones who did the documentary managed to record all the palaces, using drones and this serves as a serious proof of the content. It is practically impossible to deny the facts presented in this documentary. Only in one month, the documentary has been seen by more than 30 million people and this is a hard blow, not expected by the dictatorship. They did not know how to react. In the first month, none of the highest officials in the country, including Putin himself, did not dare to pronounce about the facts that the documentary showed. 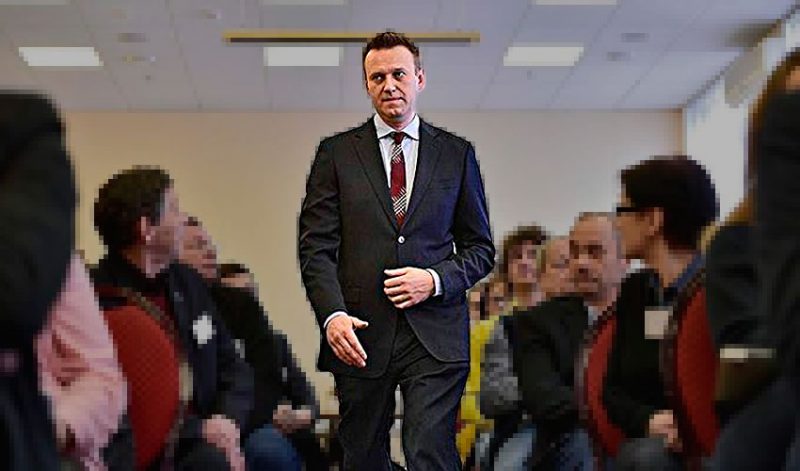 Without receiving any comment, Navalny proposed the national action of the protest against the silence that kept the government about the corruption. On March 26, 2017, hundreds of thousands of Russian citizens took the streets of 88 cities across the country in protest actions. The dictatorship responded with massive arrests. In a single day more than two thousand protestants were captured, including Alexei Navalny and most of his team. Russia did not know about massive protests since the communist revolution of 1917. What is striking for the dictatorship is that most protestants are very young people, who use more internet for communication and information. Despite massive repression, on the following day March 27, the national strike of the carriers began, which has not stopped until today and involves hundreds of thousands of carriers throughout the country. They protest against new taxes, impossible for them to pay. In several regions of Russia, the special army, which is called “National Guard“, was launched against protestants, but was not yet ordered to shoot. National Guard was created a year ago. Its purpose is to quench civil protests. A series of emergency laws were issued, which allow firing on protestants. The number of members of “National Guard“, exceeds 400,000. Among their armament, they have tanks, helicopters, cannons and other heavy weapons. Thus we can see, how the dictatorship prepares to respond to civil protests.

Russia showed off armament in the middle of the crisis with Ukraine.

Putin has been in power for more than 17 years. Its period can be divided in two parts: first part, from 1999 to 2008 – it is the part of the peace; Part Two, 2008 to date – is the part of the war, when the war against Georgia began and continued against Ukraine and Syria. In the first part, the standard of living grew considerably along with oil prices and there were almost no civil protests. At that time Russia had only one internal war – in Chechnya. In this period, Putin prepared the country for his dictatorship. The few opponents were killed, imprisoned or escaped the country. In the second part, the dictatorship already has few limits in its corruption and aggressiveness. They unleashed new foreign wars in Ukraine, Georgia and Syria. But they suddenly received resistance, where they least expected it, in their own country. Alekséi Navalny, is the new leader of the opposition and is very popular.

I already wrote about him and his brother, who is in prison, as a hostage of the dictatorship. You can see the article by clicking on the image below

It seems that Putin is afraid to kill him, as he killed other opposition leaders – Boris Nemtsov, Anna Politkovskaya, Alexander Litvinenko, Galina Starovoytova and many others, less known.

Alekséi has a big social support, which nobody had before. After 15 days spent in jail, he was released.

He declared that he wants to go to the next presidential election as an independent candidate. No doubt, millions of people support him and this number is growing. Without a doubt, the dictatorship will do everything possible to eliminate Alekséi from the elections. Undoubtedly, this is going to mean, that the protests will grow and can become the new revolution. The next national protest was proclaimed by Navalny for June 12, 2017.

This year is the anniversary of the Russian revolution …

What will this year bring to my country?