10. HOW DID WE OBTAIN IN DOCUMENTS GUATEMALA

We were looking for any chance of survival after direct threats we received.

We needed a refuge at a country that would not deliver us into the hands of the dictatorship.

Through the internet we found several options when companies proposed the legal CITIZENSHIP LEGAL PROCEEDINGS to reach several countries.

An attractive proposal was posted by the company “CUTINO INTERNATIONAL” and so we contacted them online, it was a post in where they proposed citizenship of several countries in Latin America. They said that Guatemala is a country of peaceful life just for foreign people who want to start to live peacefully and that gave us confidence that its headquarters were located in Guatemala, who worked openly without hiding anything from anyone.

We were invited to visit them in Guatemala to make a decision after they show us all proposals which seemed very reasonable and we, my wife and I arrived by plane from “Iberia” airport to “aurora” airport on 14 April 2009 .

On that date we only spoke two languages Russian and English without thinking that someday we would speak Spanish.

Representatives of the company “Cutino International” took us to their office. It was located in a residential area. I remember we went through two Little security outposts. The building was very big and nice seemed like a palace.

We were surprised a lot of employees within the office. Most of them were working on computers as telemarketers!

We met there with several foreigners, who already went through the process.

The manager of the company “MARCOS CUTINO” took our first day.

A man of great age, approximately 70 years, presented himself as an American, spoke perfect English. He was in his luxurious office with two small dogs always petting one another or the two of them together. We did not know Spanish, so it was very comfortable talking to him in English.

He warned us, that they did not work with any criminals, so they wanted to be sure that we did not commit any crime, except taxes, because according to him, that’s not a crime for him. We told our story with many details. It was obvious that Marcos knew about us because he was not surprised. Our conversation served him as confirmation of our status.

Interestingly, he explained how and why he does this service to immigrants from around the world, as we are.

Marcos Cutino said he had friendly relations with government of “Alvaro Colóm”, who ruled at the time.

This allows any process to go on, completely legal, in order to give citizenship to people who suffer from some political or economic persecution, by their governments.

He told us that our case was very special because Putin regime has no limits to punish his rebellious citizens and they could kill us like they killed many others in similar situations.

He told that Putin’s  people are showing up in Latin America, washing their money in these countries. Through Offshore companies. Now because the Panama scandal, there appeared evidence of his words, but at that time, “Marcos Cutino” warned us that we must be careful. He said that the best option to defend my family is changing our IDs, even the names.

For anyone who does not know the real situation in Russia, it seems strange how an entrepreneur can accept to change his identity, losing his record of success in life, their work and friendly ties. But for us it was necessary only to survive,  danger was too great ….

By the way, a few days ago, some new details of the scandal of Panama came out, I wrote that through the account of a figurehead for Putin, they spent more than two billion dollars that Putin extorted from many Russian companies, but appeared not only from that source He came out with extortion money. In 2009, when we came to Guatemala, Panama has reached the money that was stolen from the Russian government funds. That’s famous case of Sergei Magnitsky which now everybody knows

Why is it Sergei Magnitsky so famous?

I will explain shortly. The special prosecutor of the Russian economic crimes, along with Russian tax ministry (like the SAT in Guatemala) stole 700 million dollars and the money was paid as taxes of several private companies. Suddenly, the scam was discovered by Sergei Magnitsky’s lawyer.

The lawyer made complaints against prosecutors and tax ministry department. On the day when he stated his complaints, he was captured by the same men he was trying to sue and  against whom the tax complaint was made.

Without any judgment. They tortured him, demanding they wanted him to say publicly that his complaint was false. And it was when he was killed. He had two small children. The businessman Bill Browder, who knew Sergei Magnitsky tried to defend him, by giving international community knowledge about that case.

He wrote the book “The Red Line” especially about what happened to Sergei Magnitsky. Putin said Bill Browder is the number one enemy of the state of Russia.

After the murder of Sergei Magnitsky, the United States and European Union made the “Magnitsky Act” that puts personal sanctions against all people of the Russian government, which are related to his death. More than 200 officials, including ministers, judges, prosecutors and etcs. 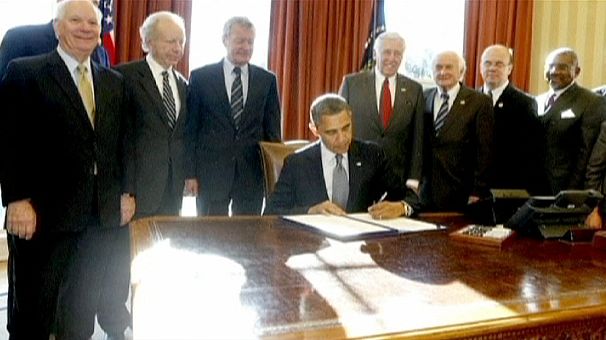 US President Barack Obama has enacted a law that normalizes trade relations with Moscow but also imposes sanctions on those Russians who violate human rights. The law has been named Sergei Magnitsky referring to Magnitsky, a lawyer who died in prison in 2009 and fighting against corruption. Source: EuroNews

How does that  is related with Panama?

A few days ago it was discovered that some of the money (700 million dollars) reached the figurehead of Putin, called Sergey Roldugin in Panama, it is a proof that money was stolen with personal sponsorship of Putin. Sergei Magnitsky WHO DISCOVERED THIS CRIME WAS KILLED IN RUSSIAN PRISON. To Putin it seemed too little issue that v. was killed. When he was dead, after three years the Russian court sentenced him to many years in prison. Maybe it’s only once in the history of humanity, when they made judgment against dead person.

That is the Putin regime which we try to defend ourselves from.

Then returning to the subject of Cutino: the same day when I accepted the proposal of Marcos Cutino, he ordered his lawyers to start the process.

It leads to another city to a government building, they made our pictures and asked to sign some books. Hardly anyone spoke English. Cutino assured us that we will finally receive documents in government offices, which means that processed is completely legal.

The process lasted more than two months. We live in Antigua and started studying Spanish. Finally it came the day that they told us that Irina can receive her passport. On the next day they took her, the lawyers from “Curino International” to the Immigration Office where the two lawyers were taking her from one window to another. She still did not understand Spanish, but they said it was not necessary, because lawyers translated in English to you everything you needed to know, where to leave your footprints, where will you be taking the potos, where you may leave electronic signatures. She received her passport and she was surprised. They changed not only the name, also birthplace. Marcos Cutino explained that this was done for our own safety, but everything is legal because the same government of Guatemala issued our passports

How we believed that Cutino did not lie to us?

It’s simple, The passport was issued in government office then We only came to the Guatemalan government office accompanied by lawyers from Cutino International which took care of all the process of our migration, since these documents can not be false, because if they were that would  the government of Guatemala’s responsibility and lawyers who made the issue as well, it’s logical!

A week later, I received my new passport same way.

Mr. Cutino gave us back our Russian passports told us that changing names was totally legal. He later promised us he was going to deliver a government document to support the changing of our names as protection from political persecution. Really he never fulfilled that promise

I told to my wife, Exodus is over!

With these documents we obtained a relief for almost 6 years. During this period our son Vladimir was born in 2012.

Later, when we were caught in my first statement, the Public Prosecutor MP of Guatemala unfairly stated that the process against us, began in January 2014, after a denouncing notice by the Russian government. The Russian representative at the audience said they were looking for us all these years and we were found in Guatemala in 2013.

With all due respect I can say that Russian intelligence service knows how to look for people. They found us in Guatemala and somehow collaborated with MP to capture us. In this context, the company Cutino International, does not give them any interest, although business of Marcos Cutino had handled our immigration situation since he was convincing us from the start, untul we came to Guatemala to finish with processed documents which were given to us in offices of RENAP and Migration in Guatemala. .

Since our apprehension MP does not want to hear about existence of this company in #Guatemala although we complained from the beginning that is a serious error to capture our whole family, in order to not run into trouble we hired the law firm called “Cutino International” for our Legal Step of # Migration! although it would appear that does not matter for justice in #Guatemala since we are only #MIGRANTES #PRESOS by simply trying to seek protection in Guatemala from our Political Crisis in Russia and for having met with an international law firm that operates in Guatemala, that until now no one HELPS THE VICTIMS OF THIS NETWORK OF TRANSNATIONAL MIGRANTS TRAFFIC. but they make them their prey as it happened to us.