At the end of 1993 our own company Les-Market was registered. My wife Irina, my brother Andrey, my dad and I were the first shareholders. The money we had was enough just for us to rent a small office, buy the computers, the printer, the copier, and the office furniture. But the most important asset we had was the contacts, the experience and the business model that was approved.

All the companies that worked with me at Tech – Servis, wanted to continue working with our new company for the trust that was created. In addition, I could propose more attractive conditions, because I was free to make the decisions.

At that moment, the general manager of the factory forbade to buy wood from our company, but soon, the factory began to suffer the scarcity of the wood. Many timber suppliers trusted me, and did not want to work directly with the factory. I sold their wood to other large Russian factories, expanding the geography of our business. The supply chain, which I had formed in Tech – Service, became our new company. In a short time, the Novodvinsk factory had to start working with our company Les-Market, to recover their supplies. In a few months the income of our company increased so much, that made it one of the biggest companies of the region. Almost all my team moved with me to Les-Market, where we offered them decent salaries and paid them without delay.

The company was growing better than I expected. Our profits allowed us to buy cars, our own apartment that we so much wanted and donated a good part to build the first church in our city. The construction of the church was symbolic. Because, Novodvinsk with its factory, was built in the time of Stalin by the hands of the prisoners. It was a part of CULAG – the concentration camp system. Thousands of people died, building this city, exhausted by hunger and disease.

Literally, the city was built on top of the corpses. Even so, there was so much violence and crime. The church was needed to clean this area a little. In 1995 we inaugurated the church. It was constructed of wood, with an old style. While I was sunk in my work, a hard test was expecting me. One day I went into my office and saw the frightened eyes of the secretary. She told me, “These people are waiting for you.” The office was filled with young boys looking like bandits. Their boss was a childhood friend. Together we trained in boxing.

He hugged me and said, “I have, something serious to tell you.” We move away from everyone and we talked in private. He told me, he got the information, that I should be killed and someone paid money to one of his comrades for murdering me.

He didn’t know who paid but he told me that I had to act quickly to avoid my death. I have to clarify that I didn’t belong to any gang, but we grew and trained together with these people, who were now members of the criminal power in the region. With some of them I maintained good relations. I thanked my fellow, who was trying to save my life.

I communicated with the criminal leader of our region, whom I knew very well. We reunited that day and I told him everything I knew. He already knew more than I did. That was because, a good leader knows everything that happens in his domain. He told me that Kuzmich paid for my death, supposedly by order of my former bosses of Tech-Servis. I refused to believe. I had very friendly relations with Kuzmich. I thought it was some mistake. The leader told me that in this situation they wanted to kill me without his permission and this did not please him. He proposed to me a trial with the criminal leaders where they would invite Kuzmich and me. I accepted, still thinking that it can not be Kuzmich.

It seems weird, that an entrepreneur like me, will communicate with the criminal leaders and even solve his problems through them. But that’s the way my city was and to tell the truth, the whole country. Criminality practically controlled life and, above all, conflicts between businessmen. Crime had its own rules and laws and everyone had to respect them. At times trials was far more effective than the State trials.

The meeting of the improvised trial was in the forest, outside the city. When Kuzmich came in his car and without bodyguards, he was very surprised to see me. The leader invited him with another pretext and did not tell him anything about me. They asked him, why he paid to kill me. You could tell that the situation was very uncomfortable for him. The former KGB chief had to explain to the bandits why he wanted to kill me. He could deny talking about this, but he had to say something to save his reputation.

Evidently the murder planning wasn’t coordinated with the KGB. He said that I did a lot of damage to his TECH – Servis company. All my doubts vanished. That was how he confirmed his intentions to kill me. The leaders of the bands were cruel and strong, but not fools. They asked him to explain what kind of damage I did to his company. Kuzmich thought a little more than normal, it was noticeable that he had no answer. It was all a bad surprise for him. At last he said a stupidity, that it was a commercial secret and could not answer. Everything was clear, although I had to say something.

I tried to keep calm and not show Kuzmich any of the emotions that filled me. I told them, that my only fault was to left TECH -Servis because they cheated on me and did not paid me what was promised. Now I work in my own company. Without my presence, TECH -Servis works badly, but this is no longer my fault. The criminal trial is fast. Criminal leaders do not talk much, but they learn very much about the matter they judge. The decision was definitive – I’m innocent.

The money paid by Kuzmich, stayed in the criminal stock exchange.

My life was saved, but what happened gave me much to think about. The situation became more dangerous as my life was changing. Money made these terrible changes in the minds of my fellow citizens. For many, money became their idol, with which they could do any evil.

Forgive me for spending much space in my story to the conflicts that we were going through. Really most of my time was given to daily and routine work. Many business trips, many meetings, many contacts. Every day brought something new. That period of our life was excessively full of changes and events. But there were key moments that could end everything and these moments are never erased from memory. I remember one of these moments. In the city, a great criminal authority returned from prison and spoke with me about accepting his dominion. As you know, I always denied such offers. The same response was given on that occasion. The bandit at some point lost self-control and said:

“ Your whole family will die along with you, just as a friend of yours died a few days ago”

That friend of mine, Ivan, was an orphan and grew up in an orphanage. He managed to become a good businessman, for his great effort. At some point he refused to pay extortion and was thrown out of the window of an apartment on the ninth level of the building. At that moment it cleared up, that he was thrown by the idiots that were in front of me and had threatened me.

What they did not know, was that the whole conversation was recorded with a microphone that I had hidden. I told them I did not want to continue the meeting and I left. That same night I met with the head of the special prosecutor’s office against organized crime and I gave him the tape. When he heard everything, was very encouraged and told me that he would immediately ask for arrest warrants for the bandits. I confirmed him, that I could be a witness in the process.

The next day he called me and asked to meet. He told me, that he was banned from capturing the bandit, because he was a secret agent of the KGB, who was recently renamed FSB.

I was surprised. He he killed my friend and he’s threatening to kill me and my family. “I can’t do anything” – the prosecutor told me, FSB is on top of everything. This prosecutor was my childhood friend and he sincerely wanted to help me, but he could not do anything. An important thing was clarified for me – FSB was behind the cruelest and strong bands, receiving a part of the money they extorted and invisibly managing life in Russia.

My family and I, realized, we need to form our own security service under these conditions. The person, who we chose for this service, was my boxing trainer Boris Alexandrovich.

He had undisputed authority in our region. The great part of the criminal leaders and members of the bands were his students.

Boris was my father’s friend and always had good relations with us. He accepted our proposal with great enthusiasm. The security problem was solved at the moment, but only in our region. In other parts of the country we often faced criminal structures that controlled all business at that time.

Bandits were not the only threat, that could once and for all end any business. One more danger – was the inspectorate and the tax police. Russia had no experience of keeping the economy free. The businessmen tried to avoid paying all taxes, which were established as some of the highest in the world. 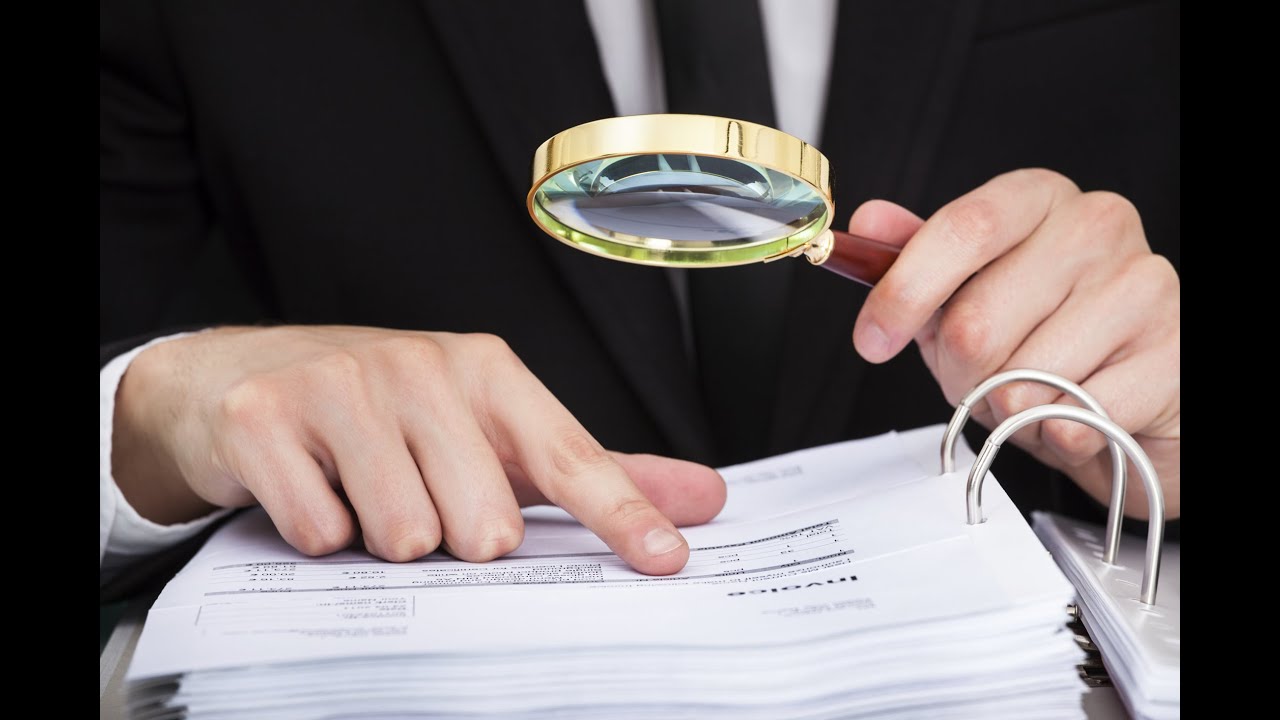 The tax administration was even worse. They did not care if there were profits or not, there were many taxes that were charged on income. They didn’t accept the expenses of the companies as the cost. The abuses of the inspectors were limitless. Corruption flourished.

Many businessmen were thrown into prisons for alleged tax offences and later they were extorted.

In fact, anyone could pay the inspectorate a bribe to put their rival in jail. In these conditions, it was necessary to have perfect accounting. Any mistake could be fatal to the company.

This problem was solved, thanks to Irina. She graduated from the University of the Interior Ministry, as an accounting and finance auditor, and had experience as an accountant by her work in the factory. She kept our finances in an excellent order. We went through dozens of inspections and almost never fined.

Our business was expanding more and more in other regions of the country, especially in the Saint Petersburg region. This required, that I will spend more and more time in this region. The time came when we decided to establish our headquarters in Petersburg. This happened in the year 1996 …