I was born in the Soviet Union, an atheist country, my parents were atheists, my grandparents too, which has an explanation:

“The Communists, who took over the power in 1917, used great terror to eliminate Christians”

“They stick them to the concentration camps to annihilate, in total it is estimated that more than 5 million Christians were killed in these fields”

The place where I was born was surrounded by many of these concentration camps.

My great-grandmother survived all these massacres and I remember very well, she died in 1979, when I was 11 … I remember I used to argue with her, saying:

… and with a friendly smile and quietly she told me:

“Igor, do not say that, please God hears you …”

I laughed as I explained the atheistic arguments they nailed us at school and in the family environment.

Our life was not easy, there were always shortages of food and commodities and was the most terrible pollution in our city since it was built a paper mill and pulp Factory using chlorine as the main regent. This technology is banned worldwide because it causes many deadly diseases.

The Communists used it because it is cheaper and human lives were not worth much to them. Mostly, peorple got sick of ulcers and cancer. Many of my relatives died of these diseases coincidently.

I got sick of a stomach ulcer when I was only 7 years old, I remember the constant and severe pain forced me to spend a lot of time lying down and through several months I was stuck in the hospital.

The medicine relieved my pain but they did not cure my disease altogether. Because of that  illness I grew slow and was smaller in my school class. Doctors forbade me to do physical exercises and our city suffered from crime as unfortunately happens in this beautiful country.

Russia was dominated by gangs on the streets … 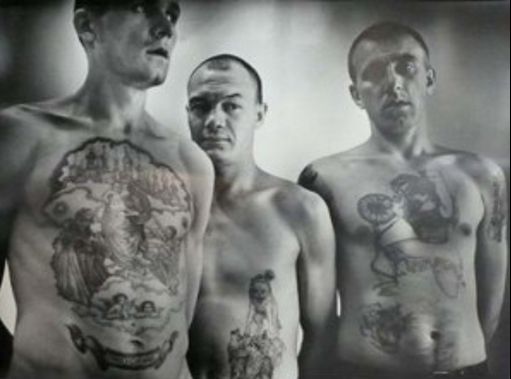 And as one child as I was, there were three options:

Despite my illness, I chose the third option and started doing a lot of physical exercises, and got into boxing school, I was training at least 4 hours a day and my teacher liked me and I paid much attention in making my life completely different.

The pain decreased and I started to grow fast and strengthen my body, doctors thought that with such a serious illness I could not live long, what happened with me surprised them. Although I was still an atheist !, I began to believe that there is something supernatural that supports me, when I do all the effort that may be possible.

After school I got into college through the contest 10 suitors in 1 position. In college I was one of the best students, but after two years in 1987 all students were sent to the army. The war in Afghanistan was in its decisive phase and demanded more and more lives.

In that period, God came into my life! Bad food, a lot of stress woke my ulcer and caused a crisis, the pains were the most awful that I suffered in my life, I could not eat because I vomited everything immediately with blood. I started passing out every day, I was losing physical strength.

I asked my commander to send me to the hospital, but he told me that is not possible because I am neither wounded nor dead and these two causes only allow you to be sent to the hospital. One had to die before.

After 40 days of eating almost nothing, my suffering told me that death was nearby. At some point I raised my eyes to heaven and said:

“God, my life is ending, if you exist I’m in your hands, if you want to sabe me, if I deserve it please save me!”

Suddenly I started to feel peace and tranquility. Gradually the pain disappeared and that night for the first time, I managed to sleep without pain, day after day I recovered and I returned to eat without vomiting and I could fulfill my military service for two more years without any problems since my illness was cured without any medicine.

God showed me his power and mercy and saved my life, although I was an atheist.

When I came back from the army, I tried to develop my spiritual life. It  was not easy to look for God in an atheistic country because in my city there was not a single church.

In 1991 Soviet Union fell down, and the first laws changed allowing the arrival of the private economy. My wife and I founded our own company, with the money we earned and several colleagues we built the first church in our city. God often showed us his glorious support. Our daughter Anastasia was born on December 25 at 2 am in the middle of Christmas.

Being an entrepreneur in those years in Russia was very dangerous. Gangs controlled everything and demanded large extortions, for dignity we never payed them, the gangs three times sentenced us to death, and even  an officer of FSB (Russian intelligence service) once confessed to me that they could not understand how we were able avoid death at those those times and to the contrary, our company prospering better than anyone. God lent us his support, with God’s help, we built three more churches in places where we were also operating our businesses.

At one point, the Patriarch Cyril came to bless the churches we build, and our new factories as well.

God has plans for everyone and material prosperity and wealth was not our destiny and that at some point we had to choose from two options:

We choose what we believed it was the right thing to do, that was fighting this dictatorship and God will never forsake us in this fight against evil, I have no doubt that this dictatorship is a work of the devil.

When we went through our darkest hours, when my wife, my daughter and I were illegally captured in jail and our little son Vladimir was sent to the orphanage and we forbade any contact with him and even give information about him, I cried out to God saying:

“Why did you let this evil your Father?”

and I received a reply immediately in my brain with a voice saying:

“You chose this path …” The way of the fight against evil so this way and must endure.

At this point everything became clear in my head. I was choosing my own destiny, I had much success, wealth and power. I wanted to avoid suffering, but life faced me against the enemy, face to face. I did my best effort to save my family … and Friends, do you know how God helped me:

“In 40 days, our son was returned by the decisions of the Appeals Chamber of the Children and Adolescents”

Despite all the Russian embassy trap prepared with corrupt officials and officers.

Our son Vladimir, is a miracle of God, and we asked God very much to allow us to have a child and we waited for 21 years after Anastasia was born.

Here in Guatemala my wife Irina became pregnant and gave birth to Vladimir subsequently baptized in the Catholic church, though we are Orthodox, our churches are very close and I can say that the difference in prayers and Masses are minimal.

In prison I attend Catholic and evangelical Christian masses. For me all are Christian brothers and appreciate, I especially liked doing meditation Rosary every night.

This, I had not experienced before, to feel the peace and tranquility divine when we repeated prayers together with the brothers. To my prison it is a place where God is closer to us. This suffering we spent allows us to approach God, purifies us and makes us better.

I have no doubt that in the end my family will be saved. We will work harder to get credit for the salvation of the Lord. What I learned through my life is that God supports those who make a lot of effort and are consistent and disciplined in their way. It is impossible to avoid sin, we are all sinners. But that effort we can and must do. I am a great sinner and was formerly an atheist, but God’s mercy is so great that saved my life, literally and gives me sense oversteer in difficult circumstances.