17. Where is Justice in Guatemala going?

The article I wrote about my fellow prisoner Guillermo Ramirez “The Compromising Charter” has attracted much interest, received and continue to receive many comments, emails, inbox messages and was shared more than 1,800 times on Facebook. Almost all posts are positive Thanks to all who support us.

Guillermo told me from this moment:

I ask God to protect me of what could happen to me because I only care about how is that my name will be clean and my family and friends will know the truth that I’m innocent.

You know that thanks to this article we found a lawyer who volunteered with no charge, decided to help Guillermo in the process …

But I want to expand a little issue about justice in Guatemala, because as we can see that multiple abnormalities in criminal proceedings it is a sadly common situation.

In this regard I can compare the righteousness of two countries: the United States and Russia. Justice of the United States is characterized with a famous principle “Better a hundred guilty men go free, than one innocent man That be punished” That means better hundred culprits who are free for one innocent punished. This principle means that it is necessary to present the true and valid evidence. You have to prove their alleged crime. We know that America is a democratic country with world’s most powerful economy. Its prosperity is based even on this principle of justice that gives people confidence and makes it very attractive for investors.

Russia is presented with a completely different principle of justice: “if there is a person ther will be a crime”, always used in Soviet times. In those years, millions of people were sentenced to the death penalty or chains of 25 years, 80% actually meant death, because very few could survive 25 years in Soviet prison.

The most common accusations were “public enemy” and being a “spy” who dared tosay anything against the communist regime or mostly by false testimony. I think that in Russia it is not possible to find a single family who are no political victims of persecution. Many families were eliminated completely, to prevent children will avenge their parents’ deaths.

Putin’s dictatorship is still not as cruel as Stalin dictatorship. But the persecution of opponents and entrepreneurs have much in common with the Stalin era.

Russia has about 1 million prisoners, more than 100,000 are entrepreneurs. I will give several examples of how “Russian”  justice works.

Sometimes dictatorship can not use murder punishment on their opponents… When the opponent becomes famous, his murder can create many problems for the image of the dictatorship. And there is where justice of Russia is used. As said by its principle each person can easily be accused of some crime. The most common crime is “Fraud” The most famous fighter against corruption in Russia is Alexey Navalny. Through its https://navalny.com/ website he publishes his research on the corrupt regime of Putin. 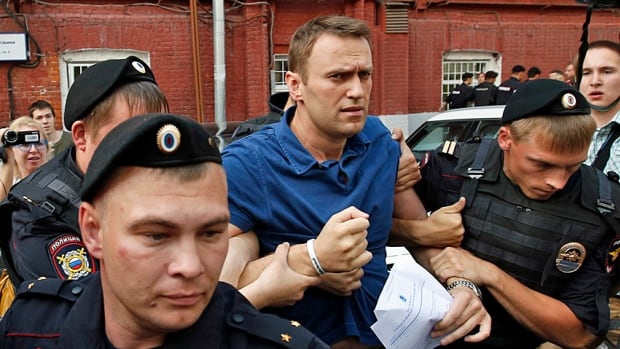 The reason to initiate accusation proccedure on him. He was charged as usual for the crime of “fraud” according to Alexey indictment gave advice to the director of the state company Kirovles to lower the prices of their products to increase sales. It is importan to mention that this company was near bankruptcy.

Unfortunately the advice did not help Kirovles and company soon broke down. Alexey Navalny was sentenced for 6 years. Just to give you some advice, which incidentally was useful advice. Obviously it was at least a hundred other reasons of bankruptcy. But prosecutors and judges were following orders from the President to condemn Alexey and they fulfilled this order with all possible stupidities. On that day, when they declared the judgment in many cities of Russia, protests by thousands of activists who supported Alexey arose.

Probably the foolishness of the judgment caused another order of the president and the next day the same judges overturned their own judgment and made another 6 years conditional sentence. This same day Alexey Navalny was released. But he was prepared for another trap. He began proceedings against his brother Oleg Navalny

According to the allegations, Oleg was an entrepreneur selling their products too expensive, Russian officials of course that is fraud. He was sentenced to six years in prison, He has been in prison for more than 2 years already, and nobody knows when is he going out, because at any thei can sentence him again. This is what happened with Michael Jodorcovsky who was one of most successful and wealthy businessmen from Russia, he dared to oppose the dictatorship. He was sentenced for 6 years and then served his sentence when he was charged with almost another 14 years for the crime of “fraud”. what I mean, “The Russian Justice” is a big lie. They use it to legitimize punishment on opponents.

Now we return to #Justicia cases in Guatemala …

Remember I wrote about the case of Attorney Guillermo Ramirez … Now I want to give another example. He is my partner and friend and Pediatrician Dr. Jesus Arnulfo Oliva Leal. Just as I’m, he is in custody.

The Dean of Medicine at the University of San Carlos, Jesus Oliva, as he places the button that accredits the title of Doctor Honoris Causa to President of Chile, Michelle Bachelet

To Chusito his position was a public charge with no payment, I did not know that Chusito did not got paid for that job. (You can see the profile of Doctor Jesus Oliva)

Among all tasks of the board, they were in charge to organize comitee to assess contracts. IGSS was appointed more than 17000 members of tender boards imagine the workload is high because they are more than 3500 per year.

He left a contract with famous “Pisa” was anomalous. Among 17 people captured by this case was Jesus Oliva. His guilt prosecutors is wrong select the 7 members of the board of bidding for this contract and not deeply investigate whether the contract was correct.

Now Attention! 7 17000 were named wrong according to the indictment alleged error by this unique Jesus Oliva him thrown in jail and accused … of “Fraud” Man does not have no properties, and found your bank account balance Q.3500 quetzales. For this reason they can not charge him with that obtained some economic benefit of this alleged “fraud” to this and Dr. Chusito takes more than 15 months in jail.

A recognized pediatrician in the health field working for colleges and hospitals and his own clinica earning his daily bread saving the lives of children.

You might be wondering why I am drawing your attention to the case of Dr. Jesus Oliva? It is that Jesus has a small 4 year old son named Andy. The child suffers a serious illness called neurological disorder Lavan Kleffner syndrome that causes epilepsy attacks. They need special intensive care and medicine and Jesus tries to save the life of his child using all their financial and intellectual resources. But while in prison he has no salary and can not continue treating his child. Both the son of Jesus Oliva like mine are the same age. I can feel how a father’s heart hurts, seeing your sick child and not be able to help him. Jesus Oliva saved the lives of many children and so far they do not allow him to save his own child ..

Where is Justice in Guatemala going?

Here you can listen to the recording that was made in prison “Matamoros” This is a true testament from Narcotics Department prosecutor Victor Leonel Orellana Cardona. He tells his companions about massive crimes committed by leaders of MP.

I imagine that while they are so busy knocking down drugs and robbing houses and raiding farms and etc. They do not have much time to pay attention to the case of Jesus Oliva or Guillermo Ramirez and many other innocents who suffer and are in prisons victims of a justice system in which they carry false evidence to the judges and they are forced to incarcerate good people “preventively” and while they “find out” the truth they have destroyed whole families …

Where is justice going? In Genesis 18.32 we found this text:  my lord do not get angry, I will speak only one more time, and if there are only ten (innocent) people. , “For those ten, I will not destroy the city” the Lord answered.

In fact, in this beautiful country of Guatemala, 10 innocent are usually captured with a ruthless attitude and put all into jail. The guilty people, however they have much money so they are supposed to live well in jail and paying their share they usualy go free. The innocent suffer in prisons for many years and can not leave because they have no money. That’s what I see.

As I have over 6 years of living in beautiful Guatemala where my son was born, I bless this country and I want prosperity for My Son Vladimir, Guatemala is now my homeland.

I do not want Justice of Guatemala to follow the same path as the Russian justice.