There is a topic I want to touch in more details … The disaster of Boeing 757 flight MH17 from “Malaysia Airlines”, which occurred in 2014 … in the area of armed conflict in region “Donbas” which belongs to Ukraine. There are many theories that today I want to bring to your opinion …

The second theory was that had been shot down in the air by another fighter from Ukrainian army.

Which theory should we believe for certain? ..

The most sad and regrettable thing is that whoever he was or were responsible or any of the theories that could result in that tragedy .. this catastrophe achievement that all passengers and crew members died. In total was 283 passengers including 80 children and 15 people most of the crew were citizens of the Netherlands.

Why do I raise this issue? .. because this tragedy occurred on another continent and is a tragedy showing the collateral victims of a war.

Today I want to analyze several opinions that were given in the different media internationally.

The day the Flight MH17 tragedy occurred was on July 17, 2014, this aircraft disappeared from radar almost immediately, and  in one of the social networks that handles more on another continent they  had registered the cheerful messages of the pro-Russian fighters in Donbas, saing that they shot down a Ukrainian military plane …. but the coincidence that the time when these messages occurred was the same time the airliner had disappeared from the radar .. 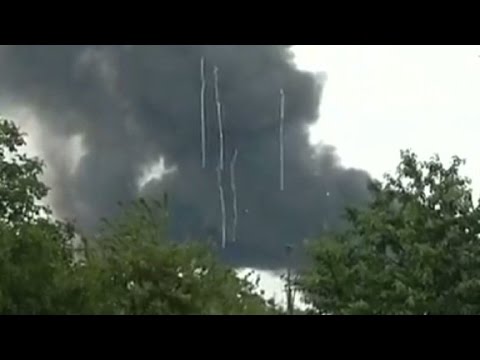 It was interesting that shortly after messages were seen in social networks, many witnesses saw that the personal belongings and luggage, toys and corpses of passengers falling down from the sky… In next few minutes, messages disappeared from social networks, they were erased completely.

Services of Ukrainian security have obtained apparently two telephone conversations (unconfirmed), which show that the rebels were responsible for the crash of Malaysia Airlines plane. In the first 30 minutes of the intercepted call after the incident, the rebel commander Igor Bezler says a Russian military intelligence officer that the rebels have shot down a plane.

The war in eastern Ukraine was already in its bloodiest phase. After the revolution in February 2014, Ukraine changed its political course, the government of Viktor Yanukovych Russian puppet was replaced by policies that proclaimed alliance with European Union.

Ukraine’s population, tired of corruption, living in miserable conditions of extreme poverty, wanted to secede from Russia and arrived to Europe, where there is no corruption, as a standard operating state.

In the media, I remember of hearing about some information, that there was violence as a response for Ukranian revolution and many russian troops were dispatched to the borders because the government had authorized the use of military forcé against Ukrania.

Recent history has told us that this situation allowed Crimea peninsula of Ukraine to be occupied by russian troops in a few days, so government officials indicated that Crimea will belong to Russia.

Another fact that caught the attention of the international press was that after Crimea, the Russian special forces invaded other eastern departments of Ukraine. Donbass and Lugansk. But nevertheless the European Union and the US government warned Russia that will lend military assistance to Ukraine they didn’t stop their fire, and also lifted economic sanctions against the regime of Russian government.

Such warnings resulted the attack had stopped, but the sad thing is that war did not stop.

Now the question is who will be those fighters who have all kinds of weapons including tanks, artillery, missiles to keep fighting Ukrainian army…?

Whoever is responsible for this war has as the primary plan unleashing civil war in eastern and southern Ukraine and achieve quick victory with the support of the population living in these parts of Ukraine.

But Ukraine arose and started fighting for their independence against the armed forces of Russia.

I start to analyze these ends.

So with all these elements, there are 2 theories and still the question what really happened to the Malaysia Airlines jetliner?

For now the inquiry commission says that they know the place where the missile was fired  , missile mark was inside Ukraine and Russian military detachment  was the owner of the missile. Until we know the inventory number of the air defense system “BUK” operators who fired the missile and the full names of the officials who are responsible, the commission is supponsed to find people who have personal responsibility for the murder of nearly 300 passengers on flight MH17, but it is clear that they were soldiers following orders.

These questions can be given at this time:

Who gave the order to commit this crime …?

Who covers the killing of innocent passengers until today…?

We know that all responsibility for this crime carries a lot of blood in the middle, and the entire world hopes that the thrives and research will give impressive results.

Internet era is giving many new opportunities for researchers. Many volunteers participated freely in the investigation of this crime, and the truth will come to light as long as more impressive results are achieved by the group of volunteer researchers.

Meanwhile the war in Ukraine continues to claim many lives on both sides,

I write all this with detailed explanations, because most modern media do not analyze anything. Just give people dry information, which finally produces ignorance.

People do not know why so much evil arise. But every evil has its author and beneficiary. When we know their names we can fight this evil.