19. The Fruits of Dictatorship

One topic that caught my attention in my analysis of modern Russia and its position in the world is demographics.

We know that people around the world is growing too fast. That can be seen in Guatemala. His people doubled for last 25 years and is now around 16 million.

That causes problems, like young people that can not find work in the country and emigrate to the United States and other countries, where they earn more and send money to their relatives. These transfers “Remittances” already exceed $ 6 million per year, almost 3 times more than all exports. In reality, these “remittances” better than any industrial support to Guatemala’s economy sector, although cause migration problems in the United States.

But back to our subject. The countries of Europe and North America have growth slightly lower in population. For the last 25 years the population of the US grew 27%, Canada 29%, Switzerland 27%, Sweden 22%, Australia 42%. It is interesting that Israel, which is in permanent war with Arab population increased by almost 70% despite all circumstances. There are countries that incredibly increased their population. For example, UAE grew more than 500%. But that population is growing mostly due to the fact that it attracts migrants to this oil rich country.

Every country has increased population  so fast that some countries such as China took steps to limit the increase in population but it’s still growing.

There are very few countries where population does not grows. Russia is one of them.

For last 25 years, the country lost 3.5 million inhabitants is 2.5% of the population. The most dramatic, is the numbers of people wo lost Russian citizenship, which in total live in Russia and all republics that formerly belonged to the Soviet Union. 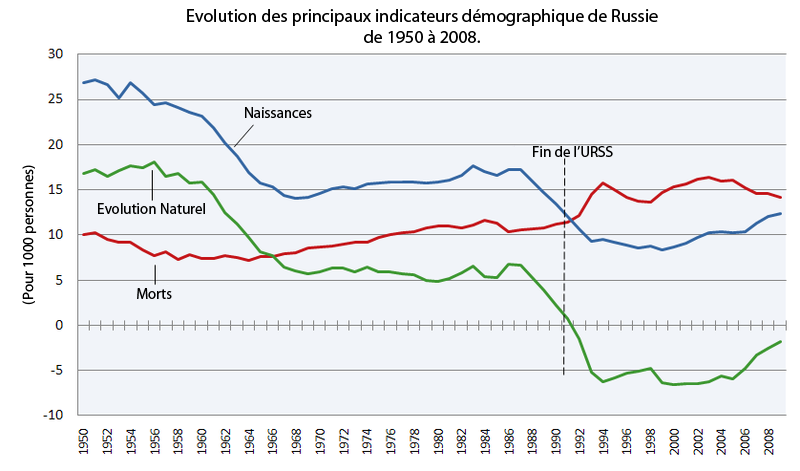 In Russia there are many regions where population is eliminated so quickly that people seem gone and towns are completely abandoned. For example, in my department “Arkhangelskaya Oblast” where I was born, population in 1990 it was 1570 thousand inhabitants and is now left alone with 1,174,000 declining for more than 25%.

Why is this happening? In other countries where the native population is not growing, migrants come and recover the population. That happens in almost all European countries. In Russia the situation is different. The average hourly wage level was lower than in China. In addition, many Russians fled the country, seeking refuge. Officially during this period 5.2 million people left the country, but actually much more, because many people leave the country without passing the official procedure according to Russian rules, which is very complicated and in many situations it seems impossible.

It is true that the Russians managed to win World War II against Germany, but the price of victory was too expensive. Soviet Union lost 28 million of its citizens. And Germany fighting against everybody lost 7,000,000, 4 times less for Russia, the communist regime in the Soviet Union completely despised the lives of its citizens using cruelty as the primary measure to win the war.

Apart from the battlefields, more than 10 million Russians were killed in the concentration camps of Stalin. For now we have the result. There is no longer as great wars as in the twentieth century, but population continues to decrease.

Economic depression, poverty, contempt for human rights of the Russian government, those do not encourage families to have many children.

These statistics show that slavery grown up by communists eliminated the Russian population. That is the true result of its power.

The wars that keep Russia today continue to claim many lives everyday. Only in the civil war in Chechnya last 20 years more than 100,000 people died.

It is sad to see abandoned villages, which  actually are thousands all over Russia. The empty and destroyed houses and churches.

These are the bitter dictatorships that gripped Russia for last 100 years, beginning with Lenin and Putin finished off.