26. A test to the justice system

A story that came out on September 22, shortly caught the attention of the media in Guatemala, including some of the major newspapers have devoted very little space in their back pages. 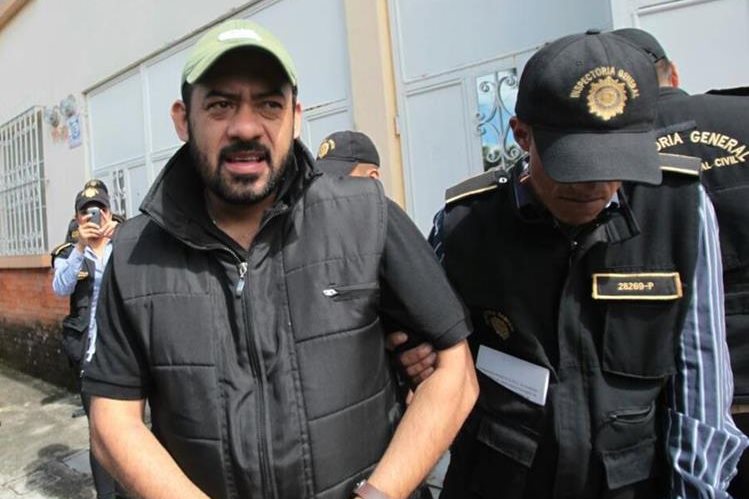 The former prosecutor Orlando Lopez, is arrested at his residence on 13 Street 11-33 in Zone 2. (Photo Prensa Libre: Eric Avila)

They captured Orlando Lopez Sandoval, who until the last moment had been chief prosecutor of human rights of the MP. Along with his two guardians of the MP, Stuart Glimer Quintes and Olivio Ever Fuentes and an MP agent, Edwin Baltazar Coronado.

It seems to me that the news should lead the pages of national newspapers because it has much more importance than lent media.

Orlando Sandoval is important in the fight against impunity in Guatemala, he promoted and even ran the famous military prosecutions, including Rios Montt. He is a public person.

Let’s analize this fact a little:

On July 8, Orlando Sandoval, along with his two guards, and an agent of PGN, returning from an audience in Izabal.

They say that all consumed alcohol, on the route ran over a man of 48, who later died.

What should a human being in that situation?

I think we all know the answer:

Do the impossible to save his life will take him to the hospital.

What did the prosecutor, head of the human rights prosecutor?

He did the opposite, escaped from the crash, leaving his victim to die in the street.

None of the officers who were in the car reported nothing about the murder, also hid the vehicle to avoid responsibility.

I was struck what happened almost three months after the accident, until the capture of Orlando Sandoval and his companions.

All that time he continued his job as a prosecutor, I guess it was not difficult to make decisions for Telma Aldana. I’m sure it was she who finally made the decision.

The complaint was made and presented by Ricardo Mendez Ruiz, President of the Foundation Against Terrorism (FST), this helped enough to meet justice, but it was not easy.

Recall that Orlando Sandoval is one of the highest tax of MP, what happened in the end is that captured all those responsible for the murder, and it is a great achievement for justice in Guatemala.

NOW THE APPARATUS OF JUSTICE HAS THESE GREAT CHALLENGES

I clarify that I have no intention that the Prosecutor does well or poorly, I only analyze his case and actions, now we all are awaiting to see how the justice system is going to resolve the legal status of a member of the Public Ministry so important, can you judge their statements below.

I ask them what they think.

Do you think the public prosecutors are going to act objectively at this case?

Do you think they will OJ schedule is slow or is the audience running audience as fast as any other accused that fall within the court system?

Do you think the MP will oppose the granting or not of alternative measure to this?

Why is not this case under the jurisdiction of a court of High Impact?