The mystery behind the Law firm “Cutino International”

There are several mysterious issues in our process, which are still unanswered. One of them is the reason why the Public Prosecutor’s office doesn’t want to investigate the law firm Cutino International, dedicated to legal procedures for migrants, which include services to obtain Guatemalan nationality and Guatemalan identity documents.

Precisely this company invited us to come to Guatemala in 2009 in order to give us this service. All the paperwork was made through this law firm and we received the documents in the governmental offices of RENAP and MIGRATION. We received this documents obliged by the political persecution that we suffered from the dictatorship of Putin.

We lived more than five years with these documents till January 15 of 2015, when the Public Prosecutor’s office captured all our family in our home, for a fake complaint made by the law firm “Comte & Font,” that was hired by the Russian state bank “VTB Bank.”

Since that moment I’ve been in jail, illegally involved in a criminal proceeding for the use of allegedly false documents, that were given by the government. My wife Irina and my daughter Anastasia are also involved in this process.

Our process has been totally altered. The more serious alteration is that they violated the laws (Treaty of Palermo, the migration law), that directly prohibit involving migrants in criminal proceedings for the use and creation of forged documents.

You can read – What is the Treaty of Palermo? by clicking HEREMany people have told me that there is an explanation to all of this and it could exist an influence peddling from the Russian government, that is chasing us for political reasons. But there is another serious alteration, that we can’t fully understand yet. The impunity of the company “Cutino International” in Guatemala is a mystery for us.

We, since the first declaration, gave all the information to the Public Prosecutor’s office in front of a judge about the company “Cutino International”, which made all the paperwork for our documents, when we didn’t even speak Spanish.

At that time, the prosecutors didn’t give much attention to our testimonies. More than a year ago we filled a complaint against this company in the Public Prosecutor’s office. Logically, if someone wants to make justice and find the true culprits for the alterations of the paperwork, they should investigate this company, that according to several testimonies, is responsible for the processing of more that 5,000 passports and DPI for foreigners and probably still runs this business. 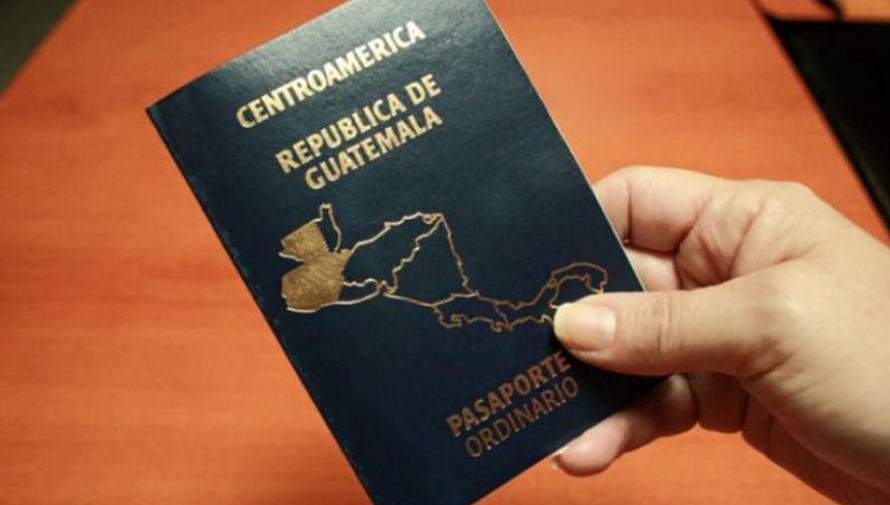 But nothing. The Public Prosecutor’s office does nothing. Besides, what occurred recently in our process, when the judge Erika Aifan didn’t want to admit all our 25 rebuttal evidences, related with this company, it shows us that the Public Prosecutor’s office is doing everything they can to give impunity to the law firm Cutino International in our process.

Their argument seems silly and inappropriate. They say that Cutino International is not related with the legal process against us. How could this be possible when precisely this law firm did all the paperwork?! They also say that there is not enough evidence of the existence of this company. So… they refuse to receive evidence but they say that there is not enough evidence at the same time. Its pretty clear, the Public Prosecutor’s office is playing dirty, giving impunity to the real culprits for this crime.

Pero, hace varios meses ocurrió algo importante,But, a few months ago something important occurred, that proofs our innocence. The word of God says: “love your enemies.”

We received a confirmation of this sacred commandment…

There is a blog called “ The Guatemala Chronicle “ , written by John Russell. For some reason, that I don’t know, this man dedicated various articles to our situation, where in a derogatory and offensive way he described our legal process, partially using information from the audiences, but also using lies to blame us. This seemed to be a work of defamation, with the purpose to create a negative image of us. The man wrote that I robbed money from a Russian bank, that I have bank accounts in Belize, that our son Vladimir isn’t ours, etc., actually repeating all the lies that our persecutors used at the beginning of the process and which have never been proven and now they never mention them to avoid consequences.

But, at that time Russell did a great job writing negatively about us. All of the sudden, he published an article about the company that did all the paperwork for our documents, that is called “The Bitkovs and the Cutino gang”. I imagine that the purpose of this article was, as always, trashing us but it came out different.

This will help us as another proof of our innocence. The article gives a detailed description of the structure that is dedicated to do all the paperwork for the Guatemalan documents. From this article we discovered that this structure, that we knew as Cutino International, has various names: Panama Law .org., Panama legal, Latin America legal S.A., Central American legal, Cutino International Com, Chase – Nobank com, Carrington Offshore legal and many others.

The article describes with an odd accuracy every detail of the procedure of the company. For example, this part: “When receiving the new documentation, the victim discovers, that has new name, new date of birth and was born in a place that doesn’t even know. When the victim complains about all of these anomalies, the lawyers from Cutino affirm that everything has been a big mistake and they insist that the victim leaves their original documents with them for them to solve everything and make it right.” This is exactly what happened with us. It shows that the author of the article considers us as victims of the Cutino gang and confirms, that they deceive their clients promising them that the procedure will be totally legal.

You can read: How we got our documents in Guatemala?  HERE

The article that Russell wrote shows all the most important members, of the Cutino structure.

The boss is Marcos Alberto Cutino Gonzalez, who is from the United States and was born in the State of Texas. He has a Guatemalan passport, probably fake. He is approximately 75 years old. He usually says that is the legal Councilor of the Guatemalan Presidency. Precisely he said that to us in our first meeting and showed us a picture where he was with Alvaro Colom.

Renato Severi is number two. Luis Gerardo Garcia is number three. Other executive of the structure is – the famous Ken or Kenneth Biderman or Ken Goldman of 65 years old.

Also, in the structure works his wife Rebeca, his daughter Raquel and his son in law Aaron David Machburn. Other relevant members are: The Panamanian lawyer Gisela Saenz Martinez, that has other name, Aurelia Masterson; another Guatemalan lawyer – Alicia Lopez Monterroso, Joe Sealander is other lawyer. Other important member – is Oscar Rodriguez Murallos who is responsible for the communication with clients.

The important thing is, that the article has pictures of various persons, where we can see Marcos Cutino, Ken and Renato.

It was impressive how I recognized them by seeing the pictures, because when they took us to the Cutino’s office in Guatemala, all of them were there and they told us that they helped the migrants, that everything was going to be legal and validated by the government of Guatemala, and the ultimate proof will be that our documents will be delivered inside the offices of RENAP and MIGRATION.

The author of the article indicated, the place where the office was located: “The structure has its headquarter in a rented house and protected by heavily armed security, inside a condominium in San Cristobal, zona 8 de Mixco, Guatemala City, known by the members as “the mansion”. I can confirm this; I remember very well this luxurious white house with tall pillars at the entrance.

At the end, J. Russell mentioned in his article very important information for the investigators:

1) The bank, were the structure has all the money is “Banco de Credito de Guatemala”, which head office is in 12 calle 6-70, zona 10 Guatemala City.

2) The connection inside the bank, who maintains relations with the structure, is an employee from the same bank, named Florencio

3) Marcos, Ken and Aaron had to run away to Mexico because they embezzled two Russian businessmen, that now are chasing them.

4 ) The structure is still working with its leaders in Mexico, giving the same services and defrauding people.

5 ) Because of being under alert, they change their cellphone numbers every three weeks.

To me, the article gives so much real and detailed information and it seems like the author of this information definitely had close relations with the structure of fraudsters. He even got pictures. I can confirm, that all the information is true and there are some things that I didn’t knew.

There is also a comment in this article by John Alexander, that says Marcos Cutino is “former director of Elite USA Intelligence”. That is something that I also heard, but it could be a lie. Alexander also says, that Marcos did not give us his services but in this case he is lying. We were taken in his car to his office “the mansion” and Marcos himself was with us. With Ken we had conversations through Skype from Europe and he invited us to Guatemala, promising the legal paperwork. We remember Renato and other people mentioned in the article.

I can also say, that while in jail I met people, that worked with Cutino and know him very well. They confirmed me, that through this structure, thousands of foreigners received legal documents and they are now peacefully in Guatemala, “THOUSANDS” and not in jail like us.

I want to thank J. Russel for giving us such detailed information about the structure of Marcos Cutino. I’m sorry that after this publication, his journal stopped and he didn’t publish another article. This is also mysterious, to exist for several years and suddenly stopped exactly after writing this article.

I was expecting that the Public Prosecutor’s office did an investigation, but it turned out that the investigation was made by a journalist that worked against us. That is why we always have to bless our enemies.

God bless you J. Russell, even though you don’t believe in God, in this situation we can see his divine work.

May God give light to the prosecutors of the Public Prosecutor’s office that have to investigate the Cutino structure and haven’t done anything, and I ask them:

Why the law firm “Cutino International” operates freely in Guatemala?