16. Who discovered the Russians Doping Athletes

As the Russian FSB handles sports

Sport as a political desire

A few days ago the news told that the Olympic committee had banned the Russian Olympic team to participate in the Olympic Games this year in Brazil. It is the first time when the team as large as Russia was excluded from the Olympic Games. Only in 1948 the same thing happened with teams from Japan and Germany on the grounds that these countries headed the Second World War.

The Russian team’s situation is different. According to the Olympic Committee investigation they found that Russian athletes regularly used doping and the Russian authorities not only cover it up without force and also they do not rely on use of doping.

It looks awesome! But this story has its very interesting details.

It all started in the Olympic Winter Games in 2014 in Sochi in Russia. You can see the video below to see the majesty of the event to remember …

It was expected for senior government officials the it should be a win, a great test of their mighty glory. The thing is that after the  fall of Soviet Union, the Russian sports results showed worsening in all Olympic Games so some political analysts Putin said the in the first period of his government he did not put much attention to the issue of sport.

The whole system of preparation of athletes had degraded without state funding.

The sport became an important show for everyone to see the power of the Russian government.

Unfortunately, this did nothing to restore the system of child sports that was in Soviet times. However I managed to obtain the right to receive the Winter Olympics in Sochi.

The preparation of these games cost 50 billion dollars to the Russian state.

Which it is a world record Olympic Games never had such a high cost. Most of this money was stolen by people close to Putin. I personally know this issue, the percentage of bribes were between 50-75% of the contracts.

But no matter what, V. Putin wanted to win and something inexplicable happened. In these Olympic Games Russia won more medals throughout its history.

After the triump, it began another story that surely not like WADA stakeholders … a global organization that control all athletes for doping, began its internal investigation and noted that yheir laboratory in Russia, made many alterations.

At the beginning of 2016 the director of WADA laboratory in Russia Grigoriy Rodchenko, suddenly escaped from Russia to the United States and sought political asylum. In April he made a press conference where the reasons stated his flight from Russia. What Grigoriy Rodchenko said completely change the public view of the Russian sport.

He said the following: “The Russian intelligence service (FSB), which was KGB before, is controlling the issue of preparing Russian athletes …”

He also said that “in October 2013 has started a special operation with FSB to falsify urine tests of Russian athletes at Olympic Games in Sochi.”

That in the WADA laboratory building was a room N124 with an underground part with a secret door. In this room you kept bottles with urine tests of athletes. 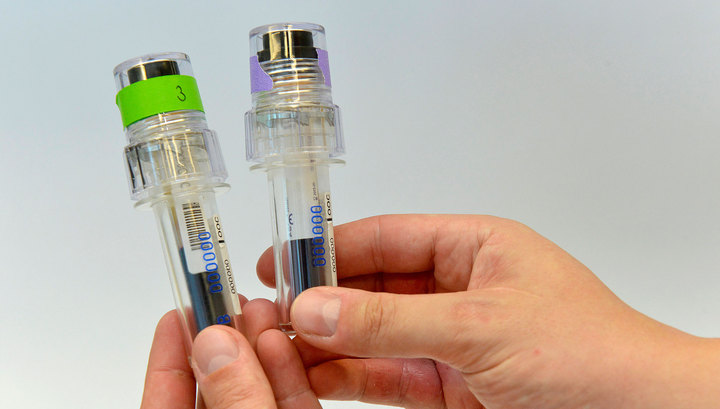 It is manufactured by bottles Swiss company “Berlinger” each bottle has its original cover with a number is that it is impossible to remove the cover once sealed.

But Grigoriev says “The FSB found the way to uncover the bottles and seal them again.”

In the period of the Olympic Games, athletes made their urinalysis in these bottles. Every Russian athlete was instructed to take picture of the number of lids and send this photo to the special number. At night Grigoriy Rodchenko with their assistants and FSB officers entered the secret door to the laboratory and started changing the urinalysis and all other tests from athletes,  they put clean tests which were received before.

All athletes used doping, that same Rodchenko prepared them. So athletes have avoided any problems with doping control. Their results have improved significantly.

He said V.Putin was satisfied with that. After the Olympic Games, V. Putin was grateful with Grigoriev Rodchenko.  And recieved the Order of Merit of the country soon after WADA began their research They found serious irregularities in operation of Russian laboratory  facility. Rodchenko was fired. But something unexpected happened two Rodchenko’s  colleagues were killed, it seems that FSB did not want to leave and living witnesses and began the elimination.

In order to save his life Rodchenko escaped from Russia and has sought asylum in the United States. Then he became a research collaborator for WADA and made public their statements.

By now the world has much evidence of regular use of doping by Russian athletes. The TV channel ARD, presented a  German documentary in which its famous journalists Mr. Fogel finds many dark things of the massive use of doping in Russian sports

The New York Times did their own research and published several articles on this topic with same conclusions.

Unfortunately while Russian FSB authorities use to fool everyone and helped the athletes to achieve good results, Russian children have less and less chance to play sports. But it hurts the Russian sport, it is losing its credibility and confidence.

I just found the research report of WADA. It is confirmed with multiple tests, all testimony Grigoriev Rodchenko gave. Wada said that the Russian authorities formed a system of massive use of doping by Russian athletes at all times.