31. Corruption is not yet defeated

My family and me came to Guatemala in 2008, we noticed that corruption was already a part of the system of the country, but it simply did not take us by surprise. Our home country Russia, according to what some experts state, has turned into a total corruption State.

Long ago, Soviet Union used to believe in the communist ideals, but now, Russia, seems to believe in a new creed, corruption. High Rank officers from the government do not work for a salary, they  work only for the profits and the rewards from corruption, which completely overwhelm their salaries. Everyone knows that V. Putin is only another dictator in Russia’s history.

Unfortunately, corruption reached my family and me, I can tell; like cancer across the human body, corruption has spread all over the justice system, it took over all the government levels in Russia.  Taking part in corruption affairs seemed to be now a unbendable rule for officers and entrepreneurs in Russia, and refusing to participate has negative consequences, the most corrupted officers, usually grow up into power faster than others, again… I can tell, because I was a victim of this corrupted system.

Sometimes, entrepreneurs and officers are taken to jail for alleged corruption crimes; however this occurs when the mentioned officers or entrepreneurs refuse to be a part of it and do not share their profits with the high levels of corruption.

Some people say, that corruption, in Russia, is well organized and controlled by the president himself, if an officer or entrepreneur refuses to be a part of the corruption affairs, is immediately eliminated. Precisely this is why my family is being persecuted by the dictatorship. we refused to take part and fund the political party, and we also refused to transfer massive amounts of money to ilegal bank accounts.

Living in Guatemala, we realized that the corruption system around the country is quite big, and it has also penetrated all the areas. Even though there are many differences between both countries which help Guatemala to fight against this problem: 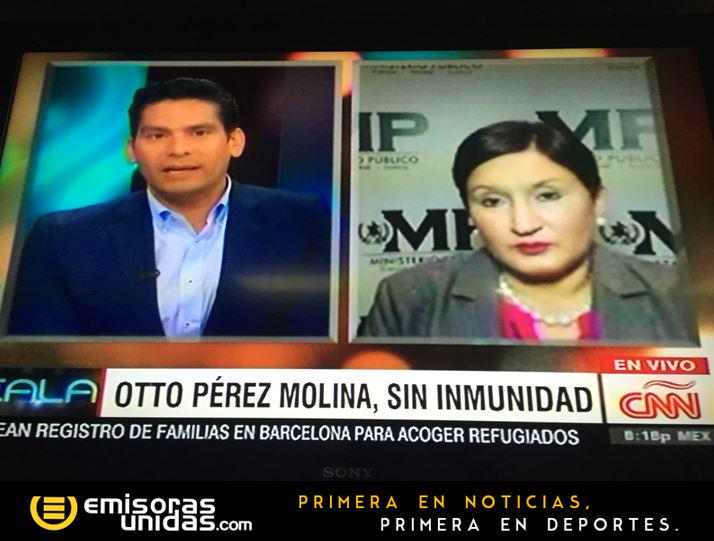 These are the main internal factors, allowed Guatemala to begin the campaign against this cancer which affects all of us. In addition there is an external factor, corruption is not only a problem for Guatemala, if affects many countries all over the world, including the United States. Considering the corruption in a key spot like Guatemala, may represent a security breach into the United States for organized crime, I mean it has consequences which are basically a menace among drug traffic, ilegal migrations, and all sorts of terrorism.

This is why United States and many other countries gave place to the CICIG initiative, to support Guatemala and fight corruption and other forms of organized crime more efficiently.

THERE IS NO SUCH THING IN RUSSIA, CORRUPTION HAS TAKEN OVER THE COUNTRY.

The media does not touch that topic. People are living in extreme poverty, and in the meantime the rich and powerful are giving themselves a great life with profits which completely overrun the wealth of some monarchs all over the world. The few of them who refused to be a part of it are strategically removed or eliminated.

If Guatemala finds itself merged into a kind of corruption like the one which took over Russia, the situation might get a lot worse, because Guatemala does not have as many natural resources as Russia has, so it is not enough to stand its lifestyle and economy.

Unfortunately, in Russia, as in Guatemala and many other countries, corruption became some kind of tradition. A tradition that victimizes everyone. Guatemala has already begun the campaign against this ancient evil, which is why I wanted to start my own and brief analysis of how this struggle has been going on.

While being in prison “Mariscal Zavala”, I managed myself to get enough information to make this analysis.

There is no doubt, MP and CICIG have a massive social support to fight against this society cancer.

The problem is that the justice system of Guatemala is not strong enough to fight against this, honestly I can tell that while being in jail, I have heard many stories about corrupt officers working on this system. Then… Who investigates and judges all the corrupted officers? Probably some other corrupted officers.

I must accept that commissioner Iván Velasquez, has managed to make a significant change in the fight against corruption in Guatemala, specially after bringing several corrupted officers and their corrupted relatives to justice. Now judges and magistrates obey and respond to CICIG as if it was a higher entity.

This may cause problems, because some of the officers working for CICIG are former officers for MP and their corrupted ways are included. There is no warranty that they will not incur into this corruption again –hopefully they are no into that again already-   In the end, everyone could be tempted by corruption.

The biggest problem is the low quality of the investigation methods, it is obvious the lack of good research in many processes.

It seems as if they wanted to work fast and bring to jail some high range officers without the proper evidence. It is highly possible that some of them do not deserve to be in jail but they are “escape goats”.

While the true corrupt officials like former president Pérez Molina, Roxana Baldetti and many others, manage to use the failures of the investigation methods in their own favor.

It is very hard to spot the corruption bug within the system. We can see many strange things, just like the ending of the procedure of Mr. Edgar Barquín. For covering and defending a famous money washer from investigation. The president of the bank of Guatemala, received a 2 year conditional conviction. We know that MP had enough evidence to accuse Mr. Barquín of illegal association, money wash and traffic of influences, etc.

This does not match the society’s expectations.

High Rank officers must be judged with equality, Pedro Muadi’s secretary got 17 years in prison only for taking part in the creation of ghost positions. This is nothing like equality. Here we can see the reality of the fight against corruption, the results are VERY DISAPPOINTING.

Another problem, is that Guatemala does not have enough judges, which is why procedures usually take so long. For example, I have been in jail for almost 2 years, and the middle stage has recently begun. Some other processed people has to wait for 5 or more years for the beginning of the middle stage in their cases. For this reason, prisons are full of processed people who have not even get their convictions. Also there are several prisoners whose convictions have ended already, but the judges have not managed to fulfill their release procedure. With so many people getting into jail, the problems at the facilities are increasing.

It makes me sad to see how far the “I do not care” attitude has gone within the justice system in Guatemala, 80% of de audiences are suspended for no reason, for example: they forgot to notify someone, or there are not enough guards to transport the processed people or they can not find a translator for the foreigners.

In my case, for more than a year they were unable to assign a judge, there are some things which do not have a logic explanation. MP used a massive amount of cars, trucks and around 70 police agents only to take my wife and my daughter to the hospital. And when they raided our house, there were about 100 cops and fiscal officers.

I understand that there might be an external influence. What is this all about? Corruption contributing to the waste of the resources of the authorities? Or merely stupidity?

Corruption within the justice system is a very delicate and extense topic. I am pretty sure that CICIG will do all the necessary to clean up the MP, and the courts and also the corrupted officers that there are actually plenty of them at all the areas. But the system will never progress by using a submission method.

The root of all problems in Guatemala, as it is in Russia , is a matter of culture. Both countries lack of what I call “Social Discipline”, what does this mean? People that belong to different social and laboral statuses are supposed to follow the same social and laboral rules, which are very simple.

In Russia as in Guatemala, for many years, it has been the governments the ones who usually break the law. And that is how the “Social Discipline” ignorance culture began. The people saw that the governors can be thieves and exploiters, and this generates all the violent and destructive behavior. And it seems to be that the governments see the people as if they are ignorant and irresponsible, that is why they adopt the abusive behavior.

Corruption has found a ver nice place to progress within this kind of system. There os no difference between left and right parties in this sense. They are all exposed to become corrupt and abusive once they gather enough power.

Prosperity has nothing to do with the ideals of socialism and communism, we have plenty of examples like Venezuela, Soviet Union, Cuba, and North Korea.

Countries that actually progress all over the world, like Germany, Netherlands, Norway, Sweden, etc. They have one thing in common, it is the prevalence of the “Social Discipline”. In countries like these, any corruption affair becomes a massive scandal, with grave consequences. This kind of countries have no tolerance for this type of vices. And also the people do not tolerate that, when someone evades taxes, or someone does not do his job. This is a great example of “Social Discipline”. It applies equally to the rich and the por people, to the workers and the authorities. Only through “Social Discipline” prosperity will come.

In conclusion, I must add… yes, it is necessary to fight against corruption. The sad example of the corruption that invaded Russia, it shows u show low a country can fall when it is a victim of this evil. I respect and appreciate a lot that CICIG and MP managed to stop a corrupted government such the one of Pérez Molina, but corruption is not yet defeated. Corruption keeps progressing in several areas, it only becomes a more hidden and more clever.

The corrupt officers from the governments no longer talk about their illegal activities on the phone. They have become more careful and very clever.

To eradicate corruption, it is needed a more complete and extended strategy. It is needed a more adequate justice system to reach this objective. It is also necessary to develop the society, in order to create a new culture of respect for the law and social discipline.

Cultural changes are very hard to reach. It takes time and very complex programs. But thanks to God! Guatemala is already on its way.

Most of the citizens in Guatemala and Russia, want those changes to actually happen.

May their ways be lightened by God!