The Roller Coasters – Chapter I

This is the story of my life in Russia, which looks a lot like roller coasters. It had breathtaking climbs and dramatic falls. I am satisfied with all the experiences that I lived and thank God for allowing me to go through difficult circumstances, strengthening and illuminating my path. In the end it was what allowed me to grow.

I was one of the first entrepreneurs in Russia. Together with my beloved wife Irina, we built our company, starting with nothing. We faced gangs and with KGB, who was behind them, we always fought. This is the true story of Russian entrepreneurs, who managed to survive and prosper despite all the obstacles.

When I returned to my city, after completing my military service in the summer of 1989, I felt as happy as ever in my life before. I managed to survive in spite of the serious illness I suffered and I thought that in the future, so many sufferings will never be repeated. My hometown Novodvinsk is located in the north of Russia, near the White Sea. It’s a small town. At that time lived only 50 thousand inhabitants, now are less. It is far from Moscow, for over two thousand kilometers to the north.

On my way to Czechoslovakia, where I was in the army, I passed through Moscow. I realized, how much the country changed over the years of my military service. In Moscow, small shops were on the streets selling things I could not imagine before: books that were once banned as the Bible, along with calendars with pictures of naked women. Thus freedom was penetrated into the USSR. 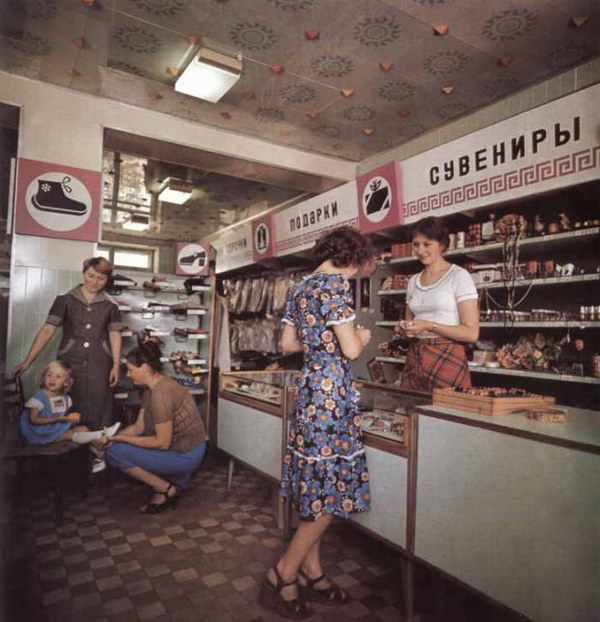 Suddenly, I faced the dark side of that freedom. With the purpose of buying civilian clothing – some trousers and a shirt, I visited a large Rizskiy market, where at that time they sold everything I could never find in my city. Most of the businesses were illegal, because in the USSR almost all private businesses were banned.

As I walked among the tents, suddenly a gang of young people surrounded me. They demanded me to give them all the money I had. I was surprised but my quick reaction helped me. Without thinking or talking, I struck the chin of the bandit in front of me, and right away another punch to the one beside him. They both fell and the way was opened, that I used to run and disappear in the crowd. By this accident I realized, the country became more criminal. Before, it was almost impossible for the bandits to assault you at midday, in the center of the city, especially if you were a military man. With reforms of Gorbachev, which gradually allowed some commercial activities, the money appeared in the bags of the first merchants and at the same time multiplied the bands that smelled the money.

In Novodvinsk, the changes also arrived, albeit late. Still, no traders appeared, but the gangs grew very fast. I was a boxer and most of my fellow-boxers were already in the gangs. Its main activities were the illegal sales of alcohol. Gorbachev, established the law that limited alcohol sales. The adult person, who worked, could receive only one liter of vodka per month. People in Russia need a lot more than a liter per month. The gangs have obtained a large illegal alcohol market that allowed them to grow and strengthen. At that time the criminal infrastructure was developed, thanks to the illegal alcohol market. So, when the first merchants arrived, the criminal world began to extort and dominate them without leaving much chance of growing up. Those who grew, were the same gangs, who recruited the young, who knew how to fight. I never liked violence, so I kept myself apart from these activities.

I did not have much time to rest. Life became more difficult. The crisis of the USSR made the country begin to suffer from hunger. There was no food in government stores. In the market prices were ten times more expensive than the government prices and no salary could afford to pay them. Before military service, I have studied for two years at Arjanguelsk State University which is located at 20 kilometers from Novodvinsk. I wanted to continue studying, but we needed money. Two months of vacation, after the army, I worked in a pulp and paper mill, transporting the tree trunks down the river to the factory. 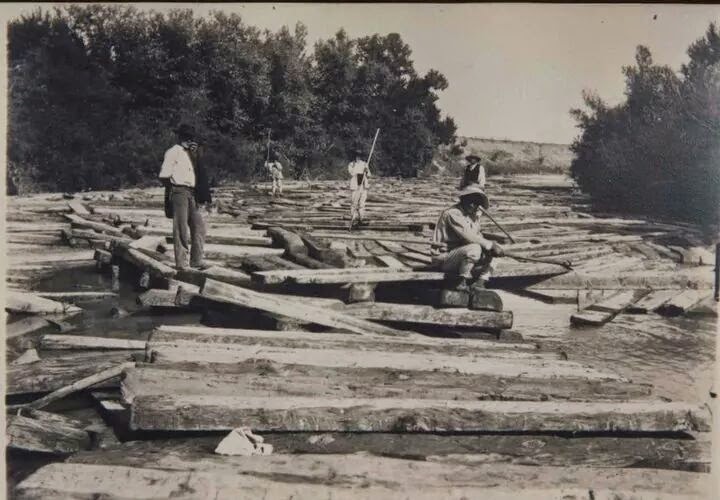 It’s a difficult and dangerous job. The logs floated in the river and had to be handled with a hook, that was running through these trunks. Accidents occur every year, when people fall into the river and sink with the trunks that covered them underwater. But, only that work was available in that moment.

When college began, I decided to work and study at the same time. I worked every night as guard of the Arjanguelsk market. During the morning I had classes at University. At that time, I fell in love with the only woman, whom I love throughout my life, my Irina.

She lived in Arjánguelsk and I lived in Novodvinsk. There was little chance that we met, but the purpose of God is divine. I found her in front of the building where my family lived in Novodvinsk. Irina first visited our city to see one of her friends, who was my neighbor. It was raining and very cold, her friend still did not return from work and Irina was waiting for her. It was love at first sight. From that day we got together and never separated, we’ve been together for 28 years.

It’s amazing, how much energy a man can have when he’s young. While I worked in the market as a guard, I learned business matters. In the USSR, at that time, commercial activities were semi illegal. People started selling some products with state licenses, always balancing between legal and illegal activities. Free trade was banned. These first merchants were extorted from all sides: state inspectorates, police, gangs. Little by little, I learned how these mechanisms worked. Someday I decided to start my own business.

I got my place in the market, built relationships with suppliers of some products and started selling them. I worked hard, continued to study at University and slept for very few hours. The most difficult thing was to defend my business from the gangs. They charged almost everything that merchants earned without letting them develop their businesses, but they lent their support and protection. I decided from the beginning, that I will not pay any gang to be free. Many bandits knew me, because they were boxers and they never bothered me. Some tried to force me to pay. For this, existed the justice of the combat.

The leader of the gang who tried to collect my profit, called me to fight one on one. I fought many times and never failed, defending my right to have a business. This may be ridiculous to you, but that is how I took my fist steps as a businessman and I can say that very few people were successful under those circumstances. It seemed like I had too much luck and people around me thought that I was an agent of the KGB, that’s how they explained my survival. In reality, the officers of KGB tried to get me involved, but I refused to cooperate with the KGB. My freedom was my priority and I did not want to have any commitment to this organization, which kept control of everything in the USSR.

To get the products I traveled a lot, also running risks. Several times I was raided and robbed. In spite of everything, my profits, far exceeded the wages of the citizens of USSR and I really needed money.

In 1990 I married my beloved Irina and she became pregnant right after that. We had neither house nor vehicle, nothing. Irina was a primary school teacher and her monthly salary was $ 15 a month as well as all the USSR teachers. I worked 8 hours each day and this money allowed me to buy only bread and potatoes to eat. But we wanted to have our own home. It was difficult to live with parents, siblings and grandmother together in an apartment of 45 square meters. We realized, that the country was changing and we needed to take advantage of those opportunities. So, I was striving in the commercial field. I earned enough to buy good food: fruit, meat and fish and also get nice clothes and shoes imported for me and my relatives, which was a treat for citizens of USSR.

In 1990 Anastasia Bitkova was born

At Christmas of the year 1990, our daughter Anastasia was born. The delivery was complicated, the baby could not get out for more than eight hours, but the doctor did not want to do caesarean section. In Russian state hospitals, at that time they hardly practiced caesarean section. As a result, the baby had a trauma in her legs. There was a possibility that she wouldn’t be able to walk. Irina spent many months in hospitals with Anastasia to get her back.

At that time, life gave us a hard lesson. The cops kidnapped all the merchandise I had, under pretext, that I sold the clothes without a special permit. Actually, they just wanted to take the clothes. I spend several months struggling in court to get everything back. Finally, justice managed to win and I recovered everything, but another blow was expecting me. In my small office, the police colonel who was head of the department of economic control visited me. He had several papers in his hands. He explained to me, in a soft and polite tone, that those papers were prepared to arrest me, but I could avoid this, if I paid him a large part of my profit or I gave him my entire business voluntarily. 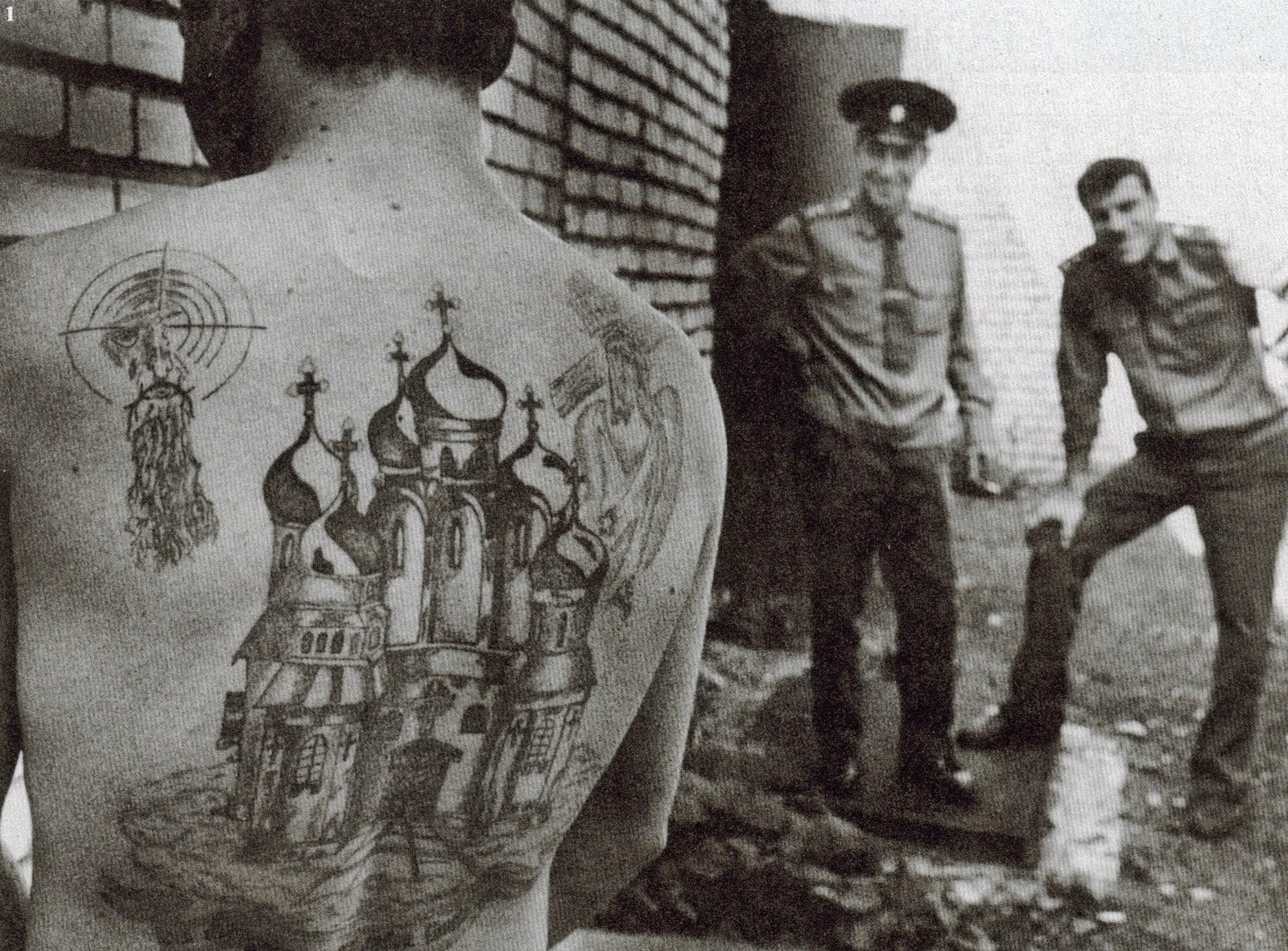 His smile showed me that the officer had nothing to worry about extorting in this simple way. Really, I was fed up with all the pressure that I had in recent months. I did not want to break my principle – I did not pay extortion to anyone and I preferred to gave the business. So the people of the police managed to kidnap my business. What the bandits did not manage to do, the policemen did. In fact, they are much worse than the bandits I defended myself. The police represented the State with all its power and could crush anyone. Later, I found out that the gangs paid a large part of what they extorted, to the police and since I did not pay anyone, the police hijacked my business. I realized, that the biggest bandit was my own State. This was confirmed later in my life.

It was a hard blow, I felt desperate and exhausted. At the moment I received in the university permission to get distance learning and return to work in the pulp and paper factory in my city. I worked as the turbine operator at the power plant. 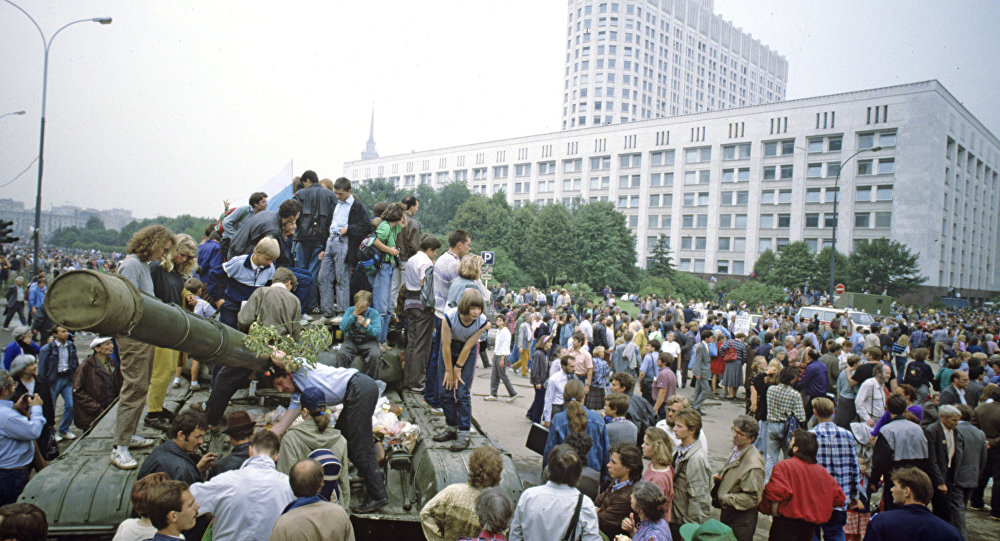 At that moment my country was going through dramatic changes. The communist system finally collapsed and the USSR ceased to exist at the end of 1991. The fifteen republics declared their independence. The largest of them, Russia, led by the new president Boris Yeltsin, began political and economic reforms. They declared freedom of trade and private economy. Meanwhile the economic collapse led to the absolute majority of citizens into extreme poverty and hunger. But for some, these changes brought their opportunity.